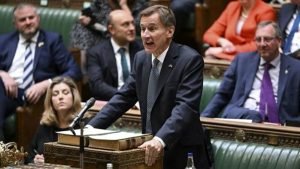 The Chancellor, Jeremy Hunt, presented the Government’s Autumn Statement to the House of Commons on Thursday which has been eagerly anticipated following a volatile few months in the political and economic arenas.

The Chancellor reiterated the unprecedented challenges faced by the UK, Europe and World with the COVID-19 hangover and high inflation, primarily as a result of the surge in energy prices caused by Putin’s war on Ukraine.

The Statement addressed how the Government plan to bridge the approximate £55 billion gap in public finances with a focus on ‘fairly splitting the deficit between spending cuts and tax rises’. This approach targets protecting the economy and protecting public services while attempting to limit the impact on the lower earning taxpayer.

Below is a summary of some of the headline financial announcements made to the House:

One of the biggest things to come out of the statement is the lowering of the additional rate tax band down from £150,000 per annum to £125,140 from April 2023, pushing more higher earners into the 45% tax bracket. This could see the monthly taxation for workers earning just under £150,000 increase by just over £100 per month.

For those able to add to their pension, the impact may be reduced through pension contributions which could benefit from tax relief at your marginal rate.

The Government have also announced that the income tax bracket freeze, previously scheduled to last until 2026, has been extended for two years to 2028.

Another bold move from Jeremy Hunt was to announce a reduction in the CGT annual exempt amount. This is the amount of gains you can crystallise in a tax year before being subject to CGT. Up to now, the allowance had been steadily rising with a current exempt amount of £12,300 per investor, per annum. For Trusts, this exemption is halved* to £6,150 per Trust.

These changes make it even more important investors use their annual capital gains allowance where possible to maximise the benefit while it is still at the higher amount.

*If a Settlor creates more than one Trust, the allowance is divided by the number of Trusts created to a maximum of five 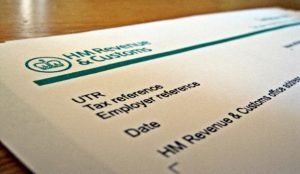 Whilst there were no changes to Inheritance Tax bands, the Chancellor also announced the frozen Nil Rate Band of £325,000 and Residence Nil Rate Band of £175,000 will be extended by two years to 2027/28 as well. The Nil Rate Band has now remained frozen since 2009. Based on inflation figures to now, the band could be as much as £407,000 and has been branded a “stealth tax”, taxing estates which have seen their values grow over time.

As with other allowances, the Employer and Employee National Insurance thresholds will remain frozen until 2027/28, extending by two years. The retraction of the 1.25% National Insurance increase came into effect from November 2022 and will not be reinstated.

The Conservative Government have been non-committal up to now around the pension triple lock but announced in the Autumn Statement that they will honour the lock and State Pension income will rise by 10.1% in April 2023.

The State Pension age, which is currently increasing to 67 and due to rise to 68 between 2044 and 2046, will be reviewed next year. 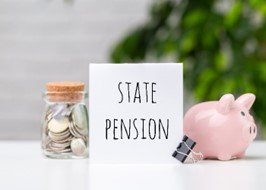 Local authorities previously were only permitted to raise Council Tax by 3% per annum without a reference but this has been increased to 5%.

The price cap is guaranteed until April 2023 with the ‘typical household’ paying no more than £2,500 per annum for energy. Jeremy Hunt announced a one-year extension, albeit less generous, to the price guarantee in 2023/24 with the “typical household” seeing their bills rise by approximately £500 per annum. However, there will be additional support given to lower income households.

Corporation tax will rise to 25% from April 2023 as originally planned. However, small companies with profits below £50,000 will continue to pay at the current rate of 19%. There will also be a reintroduction of tapering relief for businesses with profits between £50,000 and £250,000 so that they pay less than the main rate.

Under the Johnson administration, a lifetime cap on social care costs was announced of £86,000 starting in October 2023. As part of the Autumn Statement, this will be delayed by a further two years.

If you would like further information on the above or discuss how these points might affect you personally, please contact your adviser at Headley.  We’ll be very happy to talk to you.

Past performance is not a reliable guide to the future. The value of investments and the income from them can go down as well as up. The value of tax relief depends upon individual circumstances and tax rules may change. This update is provided strictly for general consideration only and is based on our understanding of current law and HM Revenue & Customs practice. No action must be taken, or refrained from, based on its contents alone. Accordingly, no responsibility can be assumed for any loss occasioned in connection with the content hereof and any such action or inaction. Professional advice is necessary for every case.